Changing Jobs or Careers – How to Find One That Fits 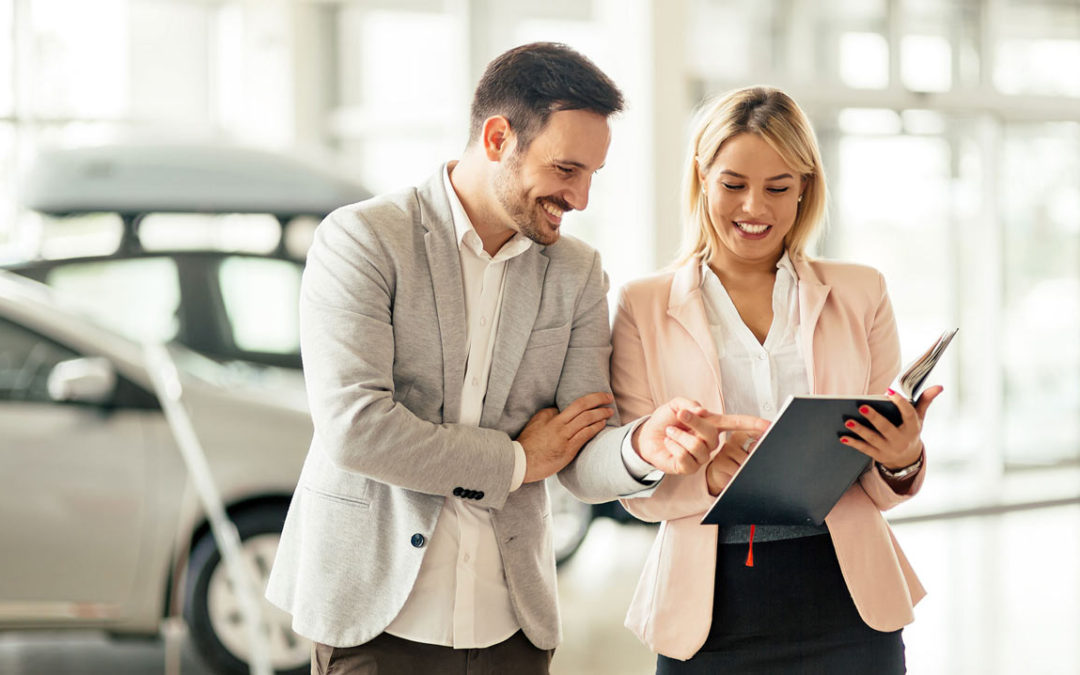 I’m going to be 51 soon – a certified old geezer! And the funny thing is, I still don’t know what I want to be when I grow up…

This used to worry me a lot, but it doesn’t anymore, and the reason is simple and a bit revolutionary. It’s this: in adult years, I haven’t even hit the halfway mark, yet!

The idea came to me about a year ago, and it instantly reframed my perception of ageing. It also put 18 years back in my ‘lifespan account’! Not bad for a few minutes of navel-gazing.

Here’s how it works. Our first 18 years are spent scratching around in the dark, trying to figure out which way our arse is pointing. Personally, I could add another five or ten years to that clueless period, but the clock doesn’t start until we’re at least 18.

See? You’re not as far along as you thought; there’s still time to decide what you want to do with your life! If you’re 43, you’ve only lived for 25 adult years. You’re a baby! Hell, you’ll probably live another two adult lifetimes!

Okay, so we’ve established that you haven’t ‘lived’ as long as you thought. The timeline has shifted back in your favour, and you’re ready to figure this thing out.

But how exactly do you do that?

If you ‘follow your passion’, as many suggest, you might decide that watching football and drinking craft beer is your life’s calling. Or shopping, or playing Minecraft. Maybe even decluttering wardrobes. You certainly wouldn’t be the first.

Ten years ago, those ideas would have been laughable. Today, people are making $10M a year posting videos of themselves playing computer games on YouTube.

‘Unboxing’ videos are huge. Some review blogs make serious money, while professional ‘declutterers’ and life coaches are everywhere. I don’t know about the football and beer thing, but I guarantee someone’s cashing in on that, too.

So following your passion doesn’t seem so stupid after all. But is it as simple as that? The answer, of course, is no. There are other things to consider, and what might look easy for one person might be impossible for you.

Like anything involving humans, there’s a tonne of variables. Also, what if you’re one of those multipotentialites – someone who has a dozen creative interests, and couldn’t possibly settle on one, even for a year? I’ve found the older I get, the more I struggle with this.

When I was young, dumb and full of beans, I wanted to be a banker, and for two years, I was. Then I wanted to be a journo and photographer, and for seven years, I did that, too. And this is how it went for about 25 years – layer upon layer. Today, I’m interested in a whole swag of different things. And that’s a real problem, because unless I focus on the one thing – or one group of complimentary things – it’s difficult to make headway.

Thankfully, finding the intersection between interests is our saviour. For me, my years as a writer, photographer, and web design/marketing guy now support my mission to help folks reinvent themselves. The fact that I’ve done all this as a remote worker happens to put a nice bow on it.

We’ll come back to this later, but right now, let’s go through the steps I’d recommend for choosing the right career (or business) for you.

First up, I have to say I owe most of the framework for this to the guys at Fizzle, along with Steph Crowder and her podcast, Courage and Clarity.

For years, I thought my skills would determine my life’s calling. More recently, though, I’ve focused more on the things that ‘light me up’ – stuff I’d do for free because I enjoy doing them.

But hold up, it’s still not that simple. I’ve realised it takes a combination of five elements to arrive at the sweet spot, where everything comes together and flows.

This was brought home to me again recently when I sat down with my (ex) brother-in-law and good mate, Bobi, who wants a career change.

We started by looking at how he’d like to work. In other words, what environment did he seek? This is so easy to overlook in favour of financial rewards, but I think it’s the most important factor of all – unless you’re really struggling financially, then anything that keeps you in craft beer and Netflix will do.

The thing is, you might score a high-paying job or build a cash cow business, but if it means fighting rush-hour traffic to sit in an office you hate; or busting your arse on a building site come rain or shine, it might squeeze all the life out of you. And if it takes you away from your family all the time, it might ruin that, too.

So deciding how your life should look when you’re working is critical.

For Bobi, we narrowed it down to a few things:

Next, we considered what he’s already good at. These include:

We also talked about the things he loves doing and would do for little money until his expertise grows and begins to pay off. The headline items were:

Skills and passion aren’t enough to succeed at something, so we also discussed opportunities in potential roles or businesses.

For example, while the idea of being a sales rep on the road was appealing, we conceded that a lot of this is moving online, so its future is uncertain.

Conversely, the retail car industry is changing fast, and dealers want people who can adapt to this rapidly evolving industry.

We also agreed there’s no shortage of opportunities to stake a claim online. Bobi isn’t interested in blogging, but he knows what parts you need to build an 800-horsepower MKIV Supra – so online retail might be his jam.

Finally, we considered where he might have some leverage. Who did he know and what unique skills, experience or attributes could he use to amplify his chances?

After a few minutes, we arrived at the following:

Making Sense of it All 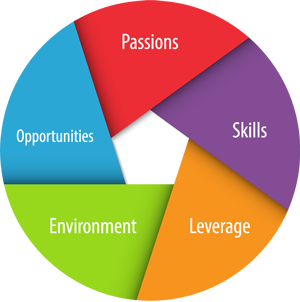 Once we had all this on paper, we talked about possible job roles and solo businesses he might pursue. Then, to wrap some metrics around all this, we used Fizzle’s brilliant weighted decision matrix to score each of the ideas against its six criterion.

Weighting is important because some elements are more important than others. For example, personal expertise in a topic is more valuable than inside connections. Likewise, a passion for something usually outguns something else that happens to be trending right now. Weighting takes care of these variables.

We narrowed the opportunities down to three ideas:

Here are the scores:

Two of the scores were close, so Bobi has decided to pursue the idea of selling cars first, and learn how to build an online business on the side.

This is a more pragmatic way of ‘finding your passion’ because it shines a light on the areas where you might come unstuck.

When I did this exercise myself, I looked at seven different ideas, resulting in scores that ranged from 224 to 423. The idea that scored highest was teaching mid-lifers how to reinvent themselves. On its own, it wasn’t terribly unique; lots of people are talking about this topic these days.

What made it unique for me, though, was my age, and all the baggage and stress that came with middle-age. That was my USP. Midlife reinvention, as a topic, was something that hit all the right notes for me because:

Today, I’ve refined it further with OfficeAnywhere, having realised some of my scores required adjustment. OfficeAnywhere embraces all the principles I’ve written about over the last few years and brings it together into one idea – for all adult age groups:

We are happier and more productive when we’re working and living on your terms.

This is where finding intersections between skills, interests and ideas start to make sense. If I hadn’t followed a structured process, I may have ended up building something about marketing and branding, or photography. And it would have bored me stupid.

Without a scoring process, I might have gotten a year down the track only to realise I wasn’t unique enough to rise above the noise. Or just as bad: that the passion wasn’t there anymore.

I’m still trying to decide who I want to be when I grow up, but right now, I feel like I’m doing exactly what I’m supposed to do. And it feels pretty damn good.

I figure I still have plenty of time left to grow up!

You might score a high-paying job or build a cash cow business, but if it’s the wrong fit, it’ll squeeze all the life out of you. Click to Tweet

Mentioned in this Article

← How our careers are destroying our children Work from home but keep your day job. → 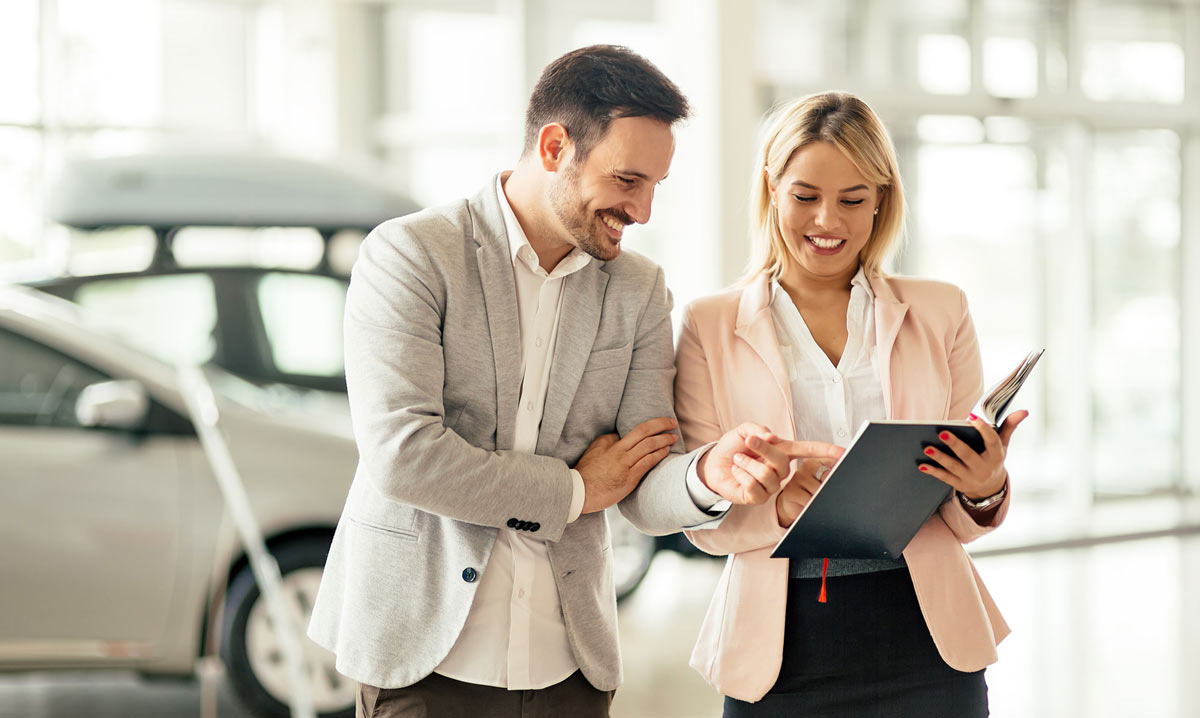