Why copying your heroes doesn’t work. 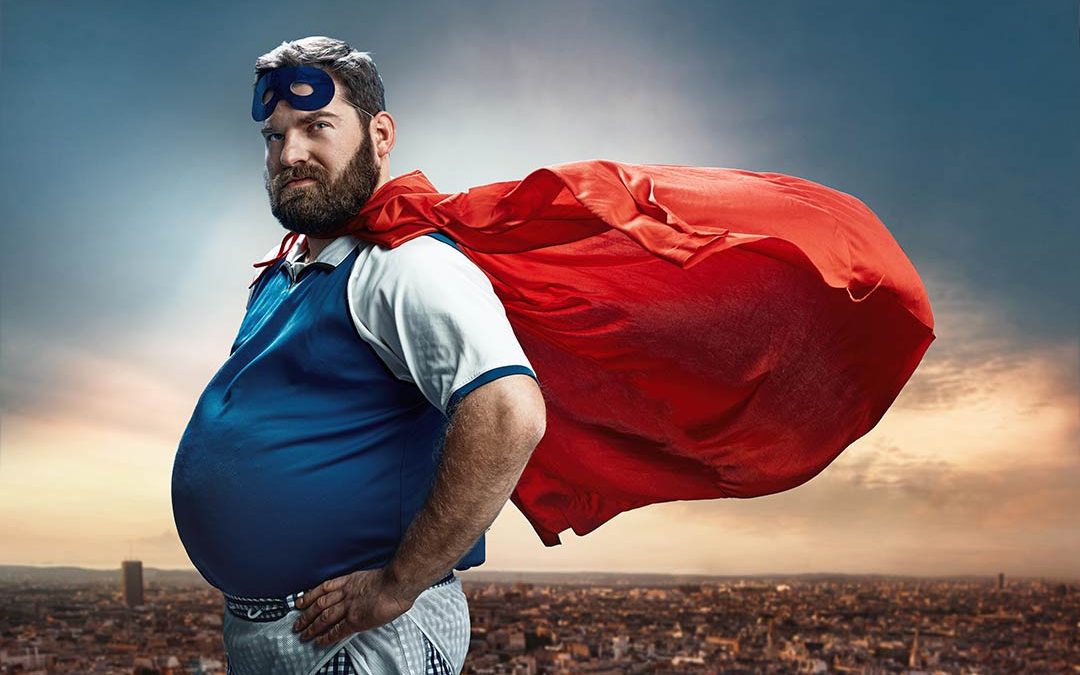 “Three things in life are really hard to do: climb a fence that’s leaning towards you, kiss a girl who’s leaning away from you, and make someone do something they don’t want to do.”

Those are the words of the late, great Charlie ‘Tremendous’ Jones. Beneath his brash and sometimes jumbled mess of words, Charlie’s onstage performance always contained a few gems.

I’m 51, now, and my life since hearing those words some 30 years ago has been an ongoing experiment of failure and disappointment – with a smattering of success here and there. For three decades, I’ve tested the boundaries again and again, to arrive at a simple but unassailable truth:

When you know yourself, you’ll know what to do.

When I was 18, a magazine art director called me out of the blue to convince me I belonged in publishing, not banking. Over the course of two weeks, he wore me down till I agreed to give it a go. It turned out to be one of the best decisions of my life, because he could see my talent was wasted and would be better served elsewhere. What followed was seven years of work that suited me perfectly.

During one of our many discussions about my flagging confidence and fragile dreams, he gave me some brilliant advice. He said, “Don’t worry about your abilities right now. Find the best people in your field and copy them. Adopt what you like about their work, discard the rest, and over time your own style will develop.”

Over the last few decades, I’ve applied this lesson to many other fields – from investing to writing and dozens of things inbetween. It stands as true today as it did then. But I have to concede there have been periods when I’ve sought out shortcuts by mimicking the beliefs, behaviours and habits of others. In the process, I’ve not only lost myself, but failed to achieve what I thought I would. I’ve had jobs I didn’t believe in, promoted things I knew were crap, and employed sales tactics that felt unethical. Thankfully those days are far behind me; each experience shaping a set of principles that, today, are unwavering.

In my last post, I said your version of success is perfect. What I meant was, you can study ‘success’ as much as you like, but until you acknowledge who you are, you’ll struggle to break through. Worse, you might achieve something that doesn’t make you any happier or more fulfilled. Your ‘success’ might actually result in failure.

I’ve travelled this path this time and again – modelling my behaviour on other people only to crash into aspects of my personality, values, beliefs or circumstances that limited the results. Many of those people were (and still are) my heroes, but their behaviours worked for them because they were born of their unique qualities, history and circumstances.

Some of the strategies I’ve borrowed have worked, but I realise now they only worked because they were right for me. I adopted them as my own, and only then did they deliver. Some of those include waking early to write, putting finances on autopilot instead of trying to be a money wiz; going for a drive when I’m stressed, and prioritising tasks from most to least important (and sticking with one till it’s done before moving onto the next). One of the most important is one I learned from my mum, that if any undertaking diminishes my peace of mind, it’s never worth doing it.

I discovered that unless a belief, strategy or habit becomes part of my identity – unless I can say, “I do this because it’s who I am,” it probably won’t work for me. Until you’re cognizant of who you are – what sits well with you and what rankles you – strategies will be a hit-or-miss affair.

One of the lies we’ve all been sold is that success looks, smells and behaves a certain way; that if it isn’t sought according to a specific recipe, failure is inevitable. The millions of miserable ‘success stories’ should be enough to tell you this is nonsense. Every city and town contains people who did what they were told, ticked all the boxes and bought all the stuff, but remain anxious, depressed and lost.

Last week, I hired a gardener via Airtasker to weed our gardens. Across our 3,000 sqm block, the weeds were fighting for dominance and winning. As much as I like getting my hands dirty, I had more pressing jobs to do, so with no idea what it would cost, I set a price of $190 and within minutes had ten people vying for the job.

I gave it to a wonderful man named Farshid, who for five hours, plucked every little weed from between the Liriopes and Ornamental Pears, and turned the soil ready for mulching. Even as the light faded, he continued to work. The next day, he put in another five hours until the job was done – two of them in the rain. He refused to accept extra money for his amazingly thorough work (I insisted), and proclaimed it wasn’t even work for him. He was doing what he loved and getting paid for it.

A week later, I hired him again – this time to spread mulch over the garden beds and remove dead or failing plants. He’s coming over today, actually. And this time, I don’t care what the cost is. I’m sure it won’t be enough, and again, I’ll have to insist on paying him more.

My point is, Farshid is a success story. He might be using Airtasker right now, bidding for odd jobs that don’t pay a whole lot, but it won’t be long before he’s booked solid by raving fans like me and then he won’t need Airtasker anymore. I wouldn’t be surprised if this time next year he has one or two helpers. Farshid is successful because he’s happy. He’s both because he’s acknowledged who he is, what matters to him, and how he wants to show up in the world. How that manifests may change in the future, but I suspect he’ll remain true to his core beliefs.

Which brings me to the key message, here.

Many of us waste decades lying to ourselves.

We think that if we do something long enough; if we keep telling ourselves we’re ‘doing it right’, it’ll become right. But often it doesn’t and we end up empty vessels with little in the way of joy or contentment in our lives.

It doesn’t matter who your hero is. You’re not like her, and you’re not like him – at least not enough to vest your future success and happiness in copying them. That’s not to say you shouldn’t develop your ideas and skills from the teachings of others. But to build a life that’s truly successful, you need to adapt whatever you learn to fit who you are, dispense with the rest, and blaze your own trail. Yours might look similar to other people’s trails, but if you’re authentic in your approach, it’ll have a look and feel all of its own. It’ll be your path.

The truth is, we can be successful thousands of different ways. We can measure it however we choose. And most importantly, we can iterate as we go. Our definition today can be different to this time last year if we want. You can walk up to the bathroom mirror right now, look yourself in the eye and say, “My version of success has changed.”

There is only one ‘right way’ to create the life you want, and that’s your way – a path signposted by the beliefs, habits, ideals and dreams that sit well with you. Just you.

We are all unique – with different priorities, different circumstances, different values and different ideals. Our successes will be different to other peoples’ successes because we’re different. That’s why copying your heroes usually won’t work. There are just too many other variables.

Decide what success means for you in this moment – in this chapter of your life – and pursue it with dignity, grace and authenticity. Then like my old mentor, Charlie, you too can live a life that is genuinely tremendous.

There is only one 'right way' to create the life you want, and that's your way - a path signposted by the beliefs, habits, ideals and dreams that sit well with you. Just you. Click to Tweet

← Your version of success is perfect. Create a business from what you already know. → 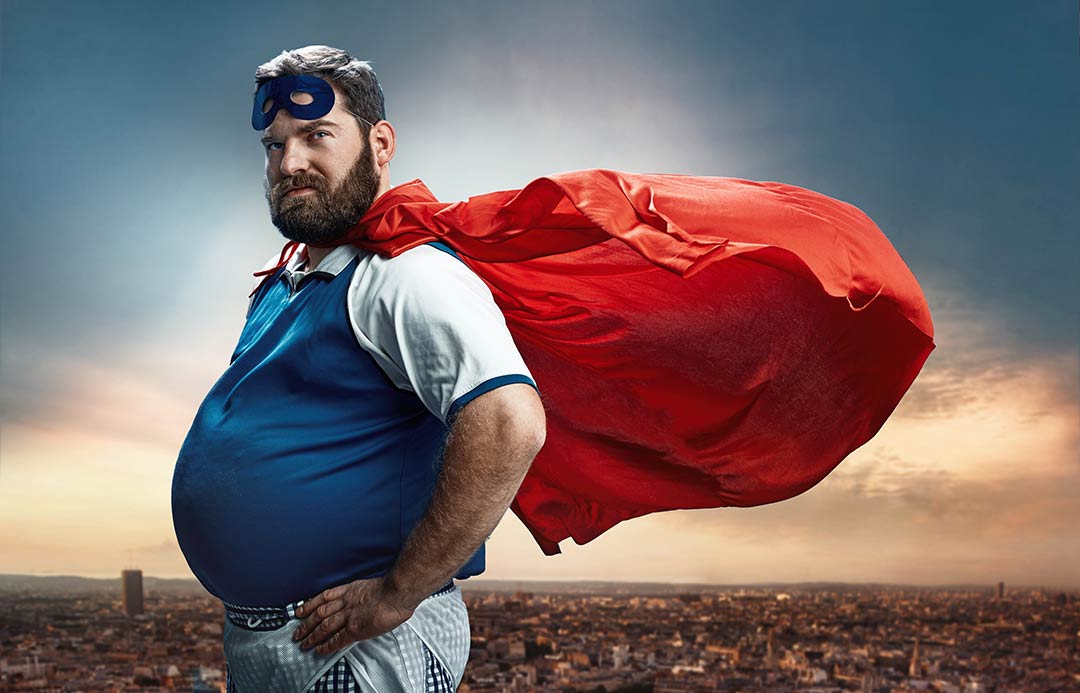