The life you want is two decisions & two actions away. 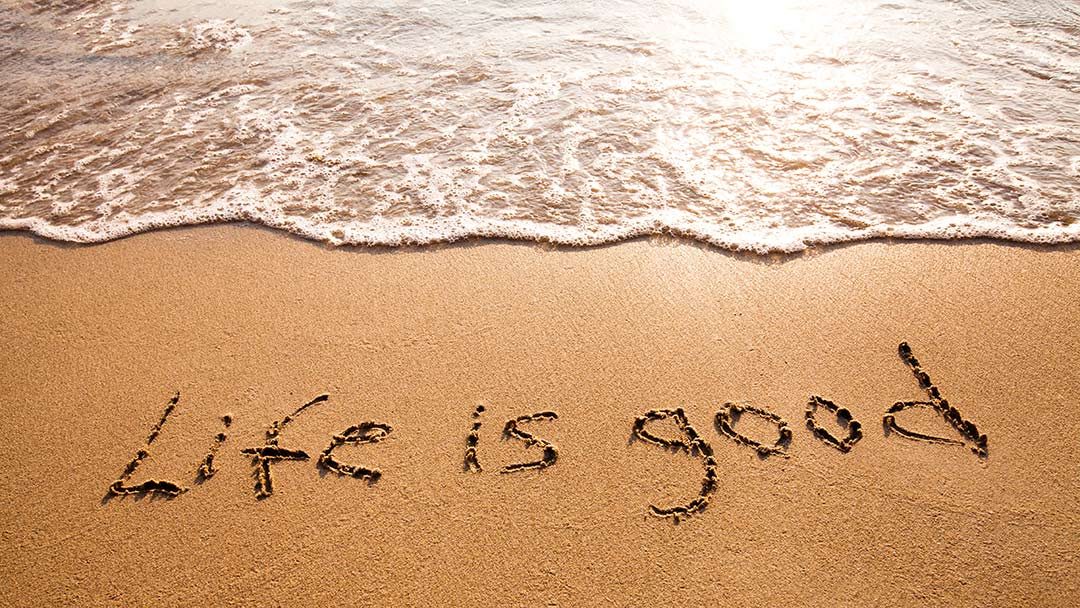 At his trial for impiety, Socrates said, “The unexamined life is not worth living.” Above all things, he valued the pursuit of wisdom and understanding through logical argument and reason. So, when challenged, he chose death over exile. That’s conviction for you.

It’s healthy to question things and to examine our mindset, beliefs and frames of reference – especially as they relate to widely accepted norms. But at some point, the navel-gazing becomes more a place to hide; not a tool for liberation.

I’ve overthought things my whole life. I’ve read enough books to fill my office, and I’ll continue to read and learn. But in the last few years, I’ve been re-learning that decisions and action make the most difference – specifically, two of each.

Sure, accruing self-knowledge about how we perceive things matters – from our boss’s condescension, or our perspective on money, to understanding what our partner means when she says, “Does my bum look big in this?” Yes, the way we think matters – it affects our inner and outer world – but the people who change their lives are the ones who do at least as much as they think.

Which brings me to the point of this post. The life you want fundamentally comes down to two decisions and two actions. You could argue that it’s thousands of decisions and actions, and you’d be right, but then that’s just another place to hide. And it’s overthinking it.

The First Decision – To Define It

Everything begins with a decision, consciously or unconsciously. Whether it’s starting a company or farting in an elevator, we decide minute by minute what comes next.

Starting a company is a big decision because it might just succeed, and if that happens, it’ll have a dramatic effect on our life and everyone close to us. Or it might fail, which could be worse. Most intelligent people will acknowledge the significance of this undertaking because they’ve seen what it does to people’s lives and the relationships they have with those around them – good or bad.

When you start a business, there are many factors at play, some of which you can’t control. That’s why it’s critical to have a mindset that expects to succeed but plans for the downside; that focuses on things that matter, but adapts quickly to unexpected events. Anyone who’s succeeded or failed at creating one will tell you this.

So when it comes to creating a life you love, you first have a decision to make, and that is to define it. Take off your rose-coloured Instagram celebrity watcher glasses and instead, decide to create your own definition of success for you – just you. Pretend no one’s watching and that no one cares what you do because, for the most part, it’s true. Those who mind don’t matter, and those who matter don’t mind.

Decide to be the arbiter of your own life. It needn’t be epic, but it must be yours.

The First Action – Document It

With the first decision out of the way, now comes the first action, which is to invest the time and mental energy to map out what your ideal life actually looks like – to write it down. This can be as simple as:

It doesn’t matter what it is, but make it personal and make it yours. Own it, believe it, and be proud that it’s yours. You might be tempted to write an essay about it, but you don’t want to scupper the whole vision when a few details change along the way (which is likely), so I advocate keeping it simple, memorable and appealing. If it doesn’t give you butterflies, it won’t inspire or motivate you to make the next decision.

Complete this step and you’ll be ahead of most people.

The Second Decision – To Do What’s Required

This second decision, though, is hard. It’s hard because you have to be honest with yourself about your circumstances, your limitations and your timeframes.

But most of all, it’s hard because this is where you put your name down and commit to showing up. It’s where you acknowledge that what got you here probably won’t get you there (the place you mapped out in your first action). So this decision is about committing to learning and doing what’s necessary to get you from the bottom of the mountain to the top – not in panicked fashion, but methodically and consistently. It’ll probably take you years to do this, but that’s okay. Whether you succeed or not, in ten years’ time, you’ll be ten years old either way.

Most of us over-estimate what we can achieve in a year (“Where did the year go!?”), but grossly underestimate what we can achieve in a decade. Most of us know of someone who seemingly rose from obscurity and suddenly ‘made it’. What we forget is ‘suddenly’ usually includes a decade or more of consistent action. Most successes begin slowly and then compound – the curve is like a hockey stick – not much visible change for ages, then a surge of success.

So, commit to the idea that you probably don’t know what you don’t know. Commit to figuring out what you need to learn, finding trusted sources to learn from, and then doing the work to learn and apply their teachings. And don’t be a penny-pincher on this. Most of the best practical knowledge comes at a price – whether that’s a book, a course, a membership somewhere or a conference.

Paying for good advice from those who’ve done what you want to do saves you time and money. It also reduces the likelihood of your quitting.

A final tip on this: instead of the shotgun approach to learning, try to learn only what you need to take the next step – not step 27. I tried ‘just-in-case’ learning for years, and all it did was overwhelm me. Instead, focus on ‘just-in-time’ learning.

The Second Action – Focus on Process, not Inspiration

The second action knocks most people out. It’s the step that separates those who rely on inspiration from those who focus on processes. In James Clear’s wonderful book, Atomic Habits, he talks about the importance of identity and processes. He says that goals provide direction, and can even push you forward in the short term, but a well-defined system will always win in the end. After deciding the type of person you want to be (identity), it’s then a matter of proving it to yourself with small wins. Committing to a process makes all the difference.

Anyone can pull an all-nighter or two when they’re inspired. You’ve probably felt unstoppable during moments of peak inspiration. But it’s not sustainable. Worse, it creates an emotional rollercoaster, where you feel empowered one day and powerless the next.

The ones who really make it in this world are those with daily habits that put them on the path to success, and they focus on mastering those habits. The bulk of their success, then, is in habit mastery – not outcomes. The outcomes take care of themselves. By focusing on their habits, they’re successful every day, not one day.

I can’t tell you what specific habits you’ll need to master, but you can bet they’ll be simple. They’re going to include things like:

3 habits every remote worker should have.
How to improve your life with a few simple decisions.
The meaning of life – 9 ideas on meaning & purpose.
Your values – the BS versus the truth.

Getting the life you want isn’t complicated. It’s two decisions and two actions.

Like it or not, where you go from here is entirely up to you. There will be obstacles, doubts and setbacks, but the decision to do what’s required and a commitment to mastering your habits will change your life more than inspiration or goals ever will.

Reading, learning and thinking won’t help you one jot unless you develop habits tied to actions that lead you where you want to go.

No matter how you slice it, your life will come down to these two decisions and these two actions. Add all the nuance and complexity you like, but without these, you’ll only go in circles.

I've overthought things my whole life. But in the last few years, I've been re-learning that decisions and action make the most difference - specifically, two of each. Click to Tweet 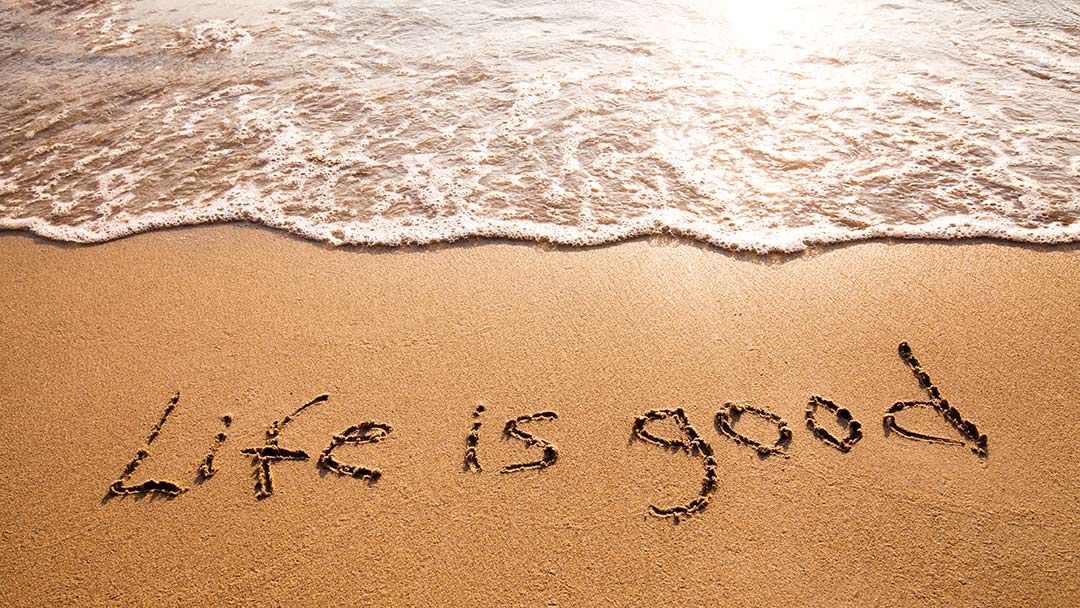